Adi Godrej is the Chairman of the Godrej Group and is Chairman Emeritus of Godrej Properties. Under his leadership, the Godrej Group has been one of the most successful and respected conglomerates in India for many decades. Adi is also the Chairman of the Board of the Indian School of Business and a Former President of the Confederation of Indian Industry. Adi is a recipient of the Padma Bhushan Award, one of India’s highest civilian awards, from the Government of India. In 2016, Adi received the Global Citizen Award from the Clinton Foundation. He received his Bachelors degree in Engineering and an MBA from the Massachusetts Institute of Technology (MIT). 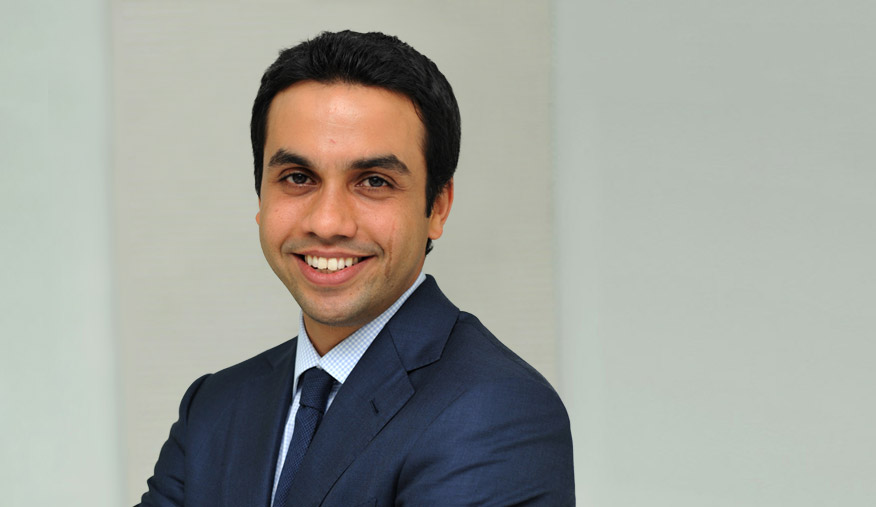 Pirojsha Godrej is the Executive Chairman of Godrej Properties, Godrej Housing Finance, and Godrej Fund Management and a Non-Executive Director at Godrej Consumer Products and Godrej Agrovet. Pirojsha graduated from the Wharton School of Business in 2002, completed his Masters in International Affairs from Columbia University in 2004, and an MBA from Columbia Business School in 2008. Pirojsha joined GPL in 2004, became an Executive Director in 2008, and was appointed CEO of Godrej Properties in 2012.  He has led the company through a phase of rapid growth.  In Financial Year 2016, Godrej Properties for the first time became India's #1 publicly listed real estate developer by residential sales, a position it has retained for the past 5 years.

Under Pirojsha’s leadership, Godrej Properties has been at the forefront of the sustainable development movement; in 2013, GPL received an award from former President of India, APJ Abdul Kalam for being one of the companies in India from across sectors to have driven the green building movement.  Godrej Properties in 2016 was ranked #2 in Asia and #5 in the World in terms of its sustainability performance in the Global Real Estate Sustainability Benchmark Report.  The Indian Green Building Council (IGBC) has awarded Pirojsha the IGBC Green Champion Award 2016 for his contribution to the sustainability of India's built environment.

Mr. Mohit Malhotra is the Managing Director & Chief Executive Officer at Godrej Properties. Mohit holds a Post Graduate Diploma from the Indian Institute of Management, Calcutta. He started his career in Unilever India, subsequently worked with AT Kearney. He has been working in real estate industry since 2006 and joined Godrej Properties in 2010. Mohit has been instrumental in driving the company’s growth. He joined GPL as head of business development and subsequently took additional role at NCR region where he led Godrej Properties to become No 1 player in the NCR market. He continued to take on key leadership responsibilities and became the CEO in 2017.

Jamshyd Godrej is the Chairman of Godrej & Boyce Manufacturing Company Limited, a manufacturing company with a leading presence in India’s consumer durables, furniture, and security spaces. Jamshyd is a passionate supporter of environmental causes and is the President of the World Wide Fund for Nature India, the Chairperson of the Board of Directors of Shakti Sustainable Energy Foundation, India Resources Trust and Council on Energy, Environment, and Water. He is also a Trustee of the Asia Society, USA and the former Chairman of Ananta Aspen Centre. He is a member of Toyota Motor's Global Advisory Board and Asia Pacific Regional Advisory Committee. He is a Past President of the Confederation of Indian Industry. Jamshyd is a recipient of the Padma Bhushan, one of India’s highest civilian honours, from the Government of India. He holds a Bachelor of Science degree from the Illinois Institute of Technology.

He has been a Director of several Godrej companies since 1977 and has developed the animal feed, agricultural inputs and chemicals businesses of Godrej Industries and other associate companies, and has been very active in research. Mr. Godrej is a member of the South Asia Advisory Board of Harvard Business School.

Mr. Godrej’s outside commitments include: President of The Alliance Francaise De Bombay, CII National Council, Member,  Past Chairman CII National Committee on Chemicals – Past Independent Director of Indian Hotels Company Limited and Mahindra & Mahindra Limited for many years. He is a member of the South Asia Research Centre Advisory Board of Harvard Business School.

Also, the Board of Management of Manav Rachna University has unanimously conferred Mr. Godrej with an Honorary Degree of Doctor of Philosophy.  And recently  Mr. Godrej  was presented the award in Business Excellence at the IBG function on  31st January, 2018.

Lalita Gupte served as the Chairperson of ICICI Venture Funds Management Company Limited. Lalita was the Joint Managing Director of ICICI Bank, India’s second largest commercial bank until 2006. Lalita was listed by Fortune as one of the fifty most powerful women in international business. Lalita serves on the Board of Directors of both Nokia and Alstom. An INSEAD alumnus, Lalita also holds a Master's Degree in Business Management and a Bachelor's Degree in Economics from the Jamnalal Bajaj Institute of Management Studies.

Amitava Mukherjee has over 20 years of experience in Investment Banking and has served as a Managing Director and Board member at Lazard India and Ambit Corporate Finance. He has a Master’s Degree in Management from the Asian Institute of Management, Manila and a degree in Business Economics from the Delhi School of Economics, New Delhi.

Ms. Sutapa Banerjee has spent 24 years in the financial services industry across 2 large multinational banks (ANZ Grindlays and ABN AMRO), and a boutique Indian Investment bank (Ambit) where she built and headed several businesses. A well recognized thought leader in the Wealth Management space having headed and successfully built from scratch the Private Wealth businesses in both ABN AMRO Bank and Ambit Capital, Ms. Sutapa was voted one of the ‘Top 20 Global Rising Stars of Wealth Management’ by the Institutional Investor Group in 2007 - the only Indian and one of only two winners from Asia. As CEO she led Ambit Private Wealth to ‘Best Private Bank in India in the 2013 AsiaMoney polls. In 2012 she was shortlisted in the ’50 Most Powerful Women’ by Fortune India.

Currently, she serves as an Independent Director on the boards of several companies in the JSW Group, Konecranes India, Women’s World Banking Group, Axis Capital, Mannapuram Finance, Oxfam, and Niyogin Fintech. She is a Visiting Faculty with IIM Ahmedabad co-creating and co-teaching an elective on cognitive biases in decision making and its impact on corporate practices with a focus on gender- a first for any business school anywhere. Ms. Sutapa is also an adjunct faculty with IICA – the Government think tank under the Ministry of Corporate Affairs. In addition, she works as a Decision Coach for senior leadership talent and consults in the Wealth and Investments area for the Gerson Lehrman Group.

Ms. Sutapa is an Advanced Leadership Fellow (2015) at Harvard University. Her area of study in which she teaches, consults, trains, writes and speaks both internationally and in India is on Cognitive Errors and Biases in Decision-making and the use of data analytics and design interventions to mitigate its impact. Ms. Sutapa is a gold medalist in Economics from the XLRI school of Management in India, and an Economics honours graduate from Presidency College Kolkata. A member of the CII National Committee on Integrity and Transparency in Governance, CII National Committee on Women’s Empowerment and the Indian Women Network, she also serves on the Advisory Panel of the ‘India Responsible Business Forum’.